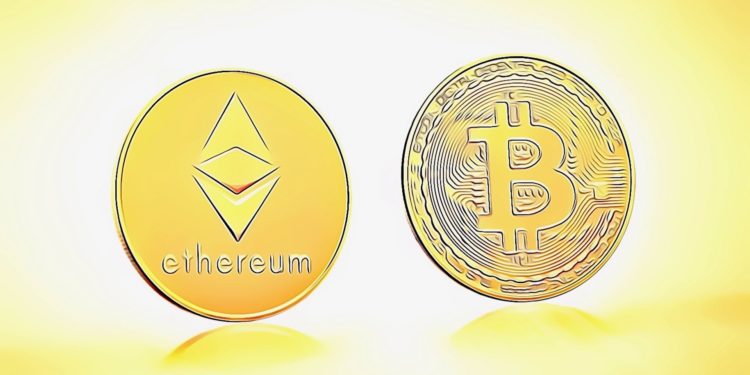 While ETH fails to retain support at $1,600 and BTC dives below $20k, the cryptocurrency markets are again in the bearish zone on Saturday after briefly exhibiting some optimistic momentum on Friday.

With a $974 billion market cap, down 2.5% over the previous day, the total worth of all cryptocurrencies is still below $1 trillion. Let’s examine recent Bitcoin and Ethereum news that has affected the markets.

In a report published today by Coindesk, it is mentioned that over 10,000 long-dormant Bitcoins worth more than $200 million were eventually sold last week, indicating that some whales may be selling at least some of their holdings.

5,000 BTC were exchanged over two days last week, according to data from CryptoQuant and LookIntoBitcoin. In analysts’ opinion, the transaction data does not support any conclusions, but it does raise the idea that long-term Bitcoin holders may be unloading their holdings.

However, just because one whale decides to sell off some of his holdings doesn’t guarantee that Bitcoin won’t recover and will increase in value. It’s never a bullish sign when dormant coins enter exchanges.

The most crucial information that affected cryptocurrency and market prices last week was Jerome Powell’s speech at Jackson Hole on August 26th, where he stated that the Fed will continue its monetary policy to combat inflation and that traders should brace themselves for some pain soon.

“While higher interest rates, slower growth, and softer labor market conditions will bring down inflation, they will also bring some pain to households and businesses. These are the unfortunate costs of reducing inflation. But a failure to restore price stability would mean far greater pain.”

On August 26th, Bitcoin saw a severe bearish correction, falling from a peak of $21.7k to a low of $19.6k in just two days. Since then, Bitcoin has had trouble maintaining support as a cryptocurrency, and traditional markets are still unstable.

The network integration, which the traders are eagerly anticipating, is still a hot topic in Ether news. According to Vitalik, the price of Ethereum’s merger hasn’t been factored in yet and won’t be until ETH fully adopts a proof-of-stake consensus architecture, he said in a recent interview.

Since several years ago, there have been discussions about Ethereum fully transitioning to a proof-of-stake network. When this happens, Ethereum’s price is likely to increase significantly due to so much anticipation and expectations attached to the upgrade.

Approximately eleven days from now, when Ethereum’s network merging is set to go live, traders will have time to stockpile ETH before it goes above the $2k mark.

We advise keeping a careful eye on Ethereum over the following weeks despite the pessimistic cryptocurrency market sentiment because both the short- and long-term outlooks are favorable.

Sideways Trading Persists as Bitcoin Price Hovers Around $19,000, While Ethereum Attempts to Break Beyond $1,600