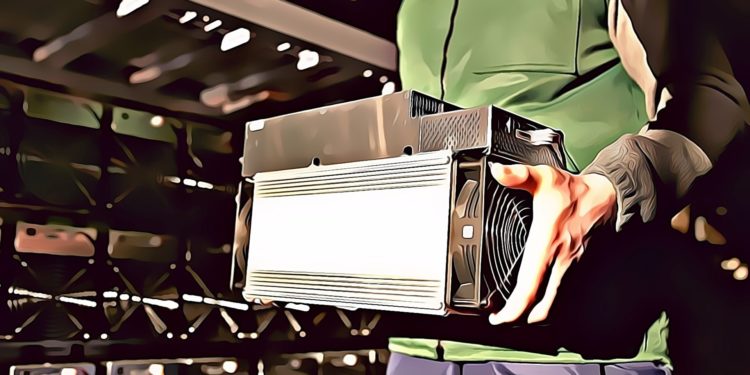 This week, bitcoin prices are still making dull movements with minimal change in trading volume. On Sunday, Bitcoin made some upwards movements as it topped the $25k level, but the price action was short-lived as it also dropped afterward. Currently, BTC/USDT pair is still struggling to maintain the $23k high price range. The 24-hour trading volume is still within the $29.5 billion range without any significant change recorded.

This week, Bitcoin’s price remains on the downside as it failed to surpass the $25k price range. According to information from Bloomberg, Three (3) mining companies lost over $1 billion in the second quarter of 2022. Notably, Core Scientific Inc., Marathon Digital Holdings Inc., and Riot Blockchain Inc. have lost a total of $1 billion in this year’s crypto winter.

However, mining Companies’ sentiment is not affected by this year’s bitcoin’s poor performance, as many continue showing dedication to BTC’s long-term success. Additionally, another mining company, Stronghold, has sold over 26k equipment to balance over $67 million in debt.

Decrypt provided further insight on that:

“Bitcoin mining firm Stronghold revealed that it had reached an agreement with lender New York Digital Investment Group (NYDIG) and another participating broker to return some 26,200 mining machines in exchange for the cancellation of $67.4 million in debt.”

Following Celsius’s Crisis in previous months, the firm gained permission during its bankruptcy hearing to set up a mining operation. The plan is for the firm to sell the BTC they had mined to cover their past losses in July.  A report from Coindesk explains how Celsius also received cash-injection offers and authorization to sell their mined Bitcoins. This will help repay investors who lost their funds and revive the firm.

This will reassure investors and depositors as they will eventually get their money back after experiencing horrible weeks initially when Celsius halted withdrawals due to fears of bankruptcy.

This weekend’s crypto bull run is already going downside, and Bitcoin is correcting its usual trading patterns. The top crypto asset has continued losing value since the beginning of this year, so having short-lived price spikes is still better than a dull market. However, a bull market is still not anywhere close, as BTC is currently trading around $23,329.

Some altcoins are still recording high price spikes despite Bitcoin’s slow movement; some of these altcoins include $EOS with about a 40% increase, from $1.2 to around $1.6 levels. Chiliz ($CHZ) has been making progressive moves from $0.0995 to $0.2225, recording over 100% profits from 26th July to August 15.

Despite the crypto winter, The cryptocurrency market still maintains a capitalization of over $1 trillion. While we are all still bullish on the Crypto Market, we will likely still see more decline in the market before the bull run finally sets in. In addition, Ethereum continues to outperform Bitcoin in price action and even surpassed half of Bitcoin’s market capitalization last week.

Disclosure: This is not trading or investment advice. Always do your research before buying any cryptocurrency or investing in any services.