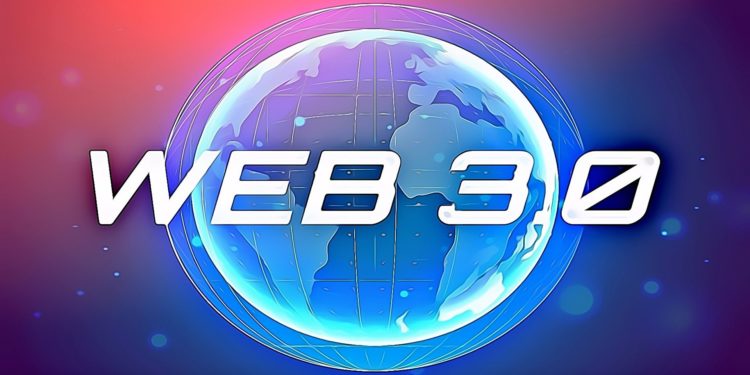 At the time, Blockchain technology was seeing a meteoric rise in popularity, and the internet is one of the most unique sectors in which it is anticipated to demonstrate development. Because the networks that create Web 3.0 will run on decentralized protocols, the fundamental building blocks of blockchain and crypto technology, we can anticipate that there will be a significant convergence and a mutually beneficial relationship between these three technologies and other areas of study. Cryptocurrencies built for the Web 3.0 standard are decentralized initiatives that use smart contracts and automate transactions conducted over the internet. Therefore here is a list of the top ten Web3 tokens you should keep an eye on in August of 2022.

Helium is a decentralized network for the Internet of Things devices that uses the proof-of-coverage method. This network is powered by blockchain technology. Users of Helium can construct a decentralized wireless infrastructure of any size, making it possible for low-power devices to speak with one another and send data through a network comprised of nodes known as hotspots. Helium features one of the most robust Web3 networks, surpassing over 300k nodes back in November 2021.

Each hotspot covers a particular percentage of the network as a whole. The mining operations are also carried out in the hotspots. Users of the Helium network who purchase or develop a hotspot will simultaneously mine HNT, the Helium network’s native coin, and manage the nodes that make up the network.

Audius is a decentralized digital music network that employs its native currency, AUDIO, to bring together the interests of music composers, music users, and node operators. This is accomplished via the use of smart contracts. The coin has several applications, including governance, staking, and the incentive of increased revenue for artists. Audius additionally recognizes and appreciates its content providers by highlighting their work on its weekly hot lists.

Chainlink is a decentralized network built on Ethereum, making it easier to create smart contracts based on data taken from the real world. As a result of its ability to interact with any blockchain, it has rapidly become a popular platform for providing oracle services. Recently, demand for Chainlink’s native token, LINK, has been rising. At one time, it even overtook Shiba Inu to become the cryptocurrency that is most commonly traded and owned among the biggest holders of ether. As of August, the current price of Chainlink is $9.16, and the company has a market valuation of around $4.3 billion.

Filecoin is a decentralized peer-to-peer storage network. Users may earn the platform’s currency by renting out space on their computers’ hard drives. The ability of Filecoin to hide non-fungible coins behind digital assets like works of art or music is one of the most valuable features of this cryptocurrency. Anyone, whether a person or a data center, has the potential to function as a storage provider inside the Filecoin network. Your potential revenue from transaction fees and tokens will increase in proportion to the storage space you make available to the Filecoin network.

Flux is designed to assist developers in the process of creating Web 3.0 apps and simultaneously deploying such applications on many networks. Additionally, it may be put to use in the formation of decentralized initiatives. Users can access data both on-chain and off-chain because Flux’s oracle architecture is built on top of an entirely decentralized infrastructure. As of August, the current price of Flux is $1.12, and its total market capitalization is $288 million.

The Graph is an indexing system that may be used to organize the data stored on the blockchain. This data can then be filtered and searched by members of the community. Both a low-level mechanism for indexing blocks in a blockchain and a high-level cryptographic ledger built on top of that protocol are components of this system.

Theta is a decentralized blockchain network that was developed with the express purpose of facilitating video streaming. Theta is a peer-to-peer network that seeks to make it easier for consumers to get video content. The network will have corporate validator nodes from firms such as Sony, Google, and Samsung, among others.

Theta is known for launching NFTs with unique partnerships, iconic artists like Katy Perry, and popular TV shows like The Price Is Right, making it a must-watch in August 2022.

More than 2 billion users and 200 million wallets are associated with the peer-to-peer file-sharing network BitTorrent, making it the most popular of its kind. The client software for BitTorrent may be downloaded for several different operating systems, including Windows, Mac OS X, and Android. It advertises itself as “the world’s biggest distributed network” and provides secure access to watching and downloading torrent material for various types of items. According to CoinMarketCap, users can upgrade to premium memberships by paying a charge. Premium memberships provide users with benefits such as the ability to browse the website without being shown advertisements. As of August, the current price of a BitTorrent-new token is $0.000001018, and its market capitalization is around $952 million.

Polkadot makes it possible to transfer any asset or data across different blockchains. The use of tokens is not required to use its services. Polkadot users can interoperate inside the native Polkadot network with several blockchains referred to as parachains. Polkadot is distinguished from other competing networks, such as Ethereum, because each of its parachains is singular and autonomous, but the parachains can interact with one another. This is an essential feature for Web 3.0.

Sia is a digital platform that works on the peer-to-peer model that allows users to pay other users to rent out their cloud storage space. The information about the users is broken up into thirty discrete chunks and encrypted before being sent to a new site for each section. These projects include cloud-based video streaming, content distribution, and file sharing. As of August, the cost of one Siacoin is now $0.005031, and the cryptocurrency has a market capitalization of around $259 million.

Disclosure: This is not trading or investment advice. Always do your research before buying any cryptocurrency or investing in any Web3 tokens.

Ethereum (ETH) And Solana (SOL) Suffer From The Crypto Crash: How Will Adirize DAO (ADI) Save Your Day?