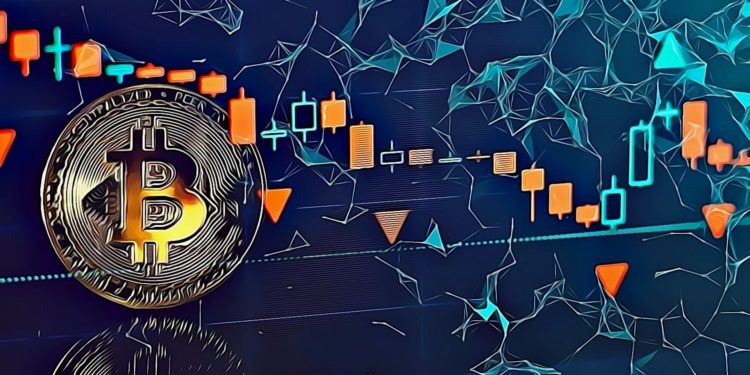 This Tuesday, the bitcoin market has remained essentially the same. There haven’t been many changes in the values of Bitcoin and Ethereum. The price of BTC held support after last week’s decline to the $21k level and currently trading within that range.

However, there’s a notable increase in the trading volume. The rise in trading volume could signify that the market is getting ready for its next move, driving the price to new highs this week. At $32.7 billion, the 24-hour trade volume for bitcoin has increased by more than 26%.

Let’s examine any pertinent cryptocurrency market news that might impact pricing this week.

The big news yesterday concerned the drop in Bitcoin transaction costs to under $1. The decrease in transaction fees was the lowest level they have been in more than two years, demonstrating that Bitcoin is still a practical network for making transactions and holding value despite the growing use of blockchain technology. This news came right after Bitcoin suddenly dropped from the $24k level without cause.

In other news, as reported by CoinTelegraph, Treasurer Jim Chalmers stated that the Australian government is trying to establish regulations to safeguard consumers, signaling the government’s attitude on cryptocurrency legislation.

The regulatory system in Australia is known as “Token Mapping.” This system’s goal is to categorize assets according to digital assets’ underlying code and technology.

Additionally, the procedure will aim to grant licenses for various crypto operating nationwide.

While a comparable regulatory strategy might be effective in the US and elsewhere, authorities must use a technical understanding of blockchain and its technology. The regulatory board needs developers and blockchain professionals who can advise and explain to lawmakers what each token accomplishes and how to classify it to efficiently and adequately token map the various assets.

This will help the system judge each crypto asset separately based on its use case and value. In addition, it would require a lot of resources to effectively map the hundreds of digital assets in cryptocurrency marketplaces due to the many tokens in circulation.

Generally, Token mapping is a positive development, especially for Australia. A much more successful approach than categorizing crypto assets as either commodity, securities, or traditional currencies is to concentrate on the technological element of digital assets and differentiate them based on the underlying code. Hopefully, the plan goes in line with this pattern.

This Tuesday, the stock market is displaying bearish momentum as the Dow Jones plunges over 800 points, losing 2.54% over the last 24 hours. Sadly, IT stocks have also underperformed this week, with AMC stock down more than 41% within the same period.

The significant decline in AMC’s stock price coincides with the release of the studio’s new preferred APE shares. AMC’s APE stands for the class of shares known as “AMC Preferred Equity,” which should not be confused with Yuga Labs’ ApeCoin.

According to the plan, Existing AMC shareholders will receive dividends in the form of APE shares, which will soon begin trading on the open market. The possibility of price variations between AMC stock and APE shares is the main distinction between the two.

Starting to distribute dividends in the form of stocks as opposed to US dollars is unusual, which may have been why Investors are uninterested in collecting dividends from APE. This could be why they are selling their AMC shares, resulting in a sharp decline this Tuesday.

In other IT stock news, Apple has been down 2% since Monday, Amazon has lost 3%, and Netflix is down 6% today.

Despite the adverse trend afflicting financial markets, Bitcoin is doing well by maintaining its current levels and not falling below the $21k zone. Additionally, the general crypto market is worth more than $1 trillion, indicating a generally positive outlook, as anything below this mark would mean chaos.

We’ll probably keep trading sideways, with the prices of Bitcoin and Ethereum remaining largely unchanged. The rise in BTC trading volume may give rise to a bullish run later in the week, so let’s see how it goes.

Metaverse, Web 3.0 Disruption, and Blockchain Advancement to be Discussed at MetaWeek in Dubai