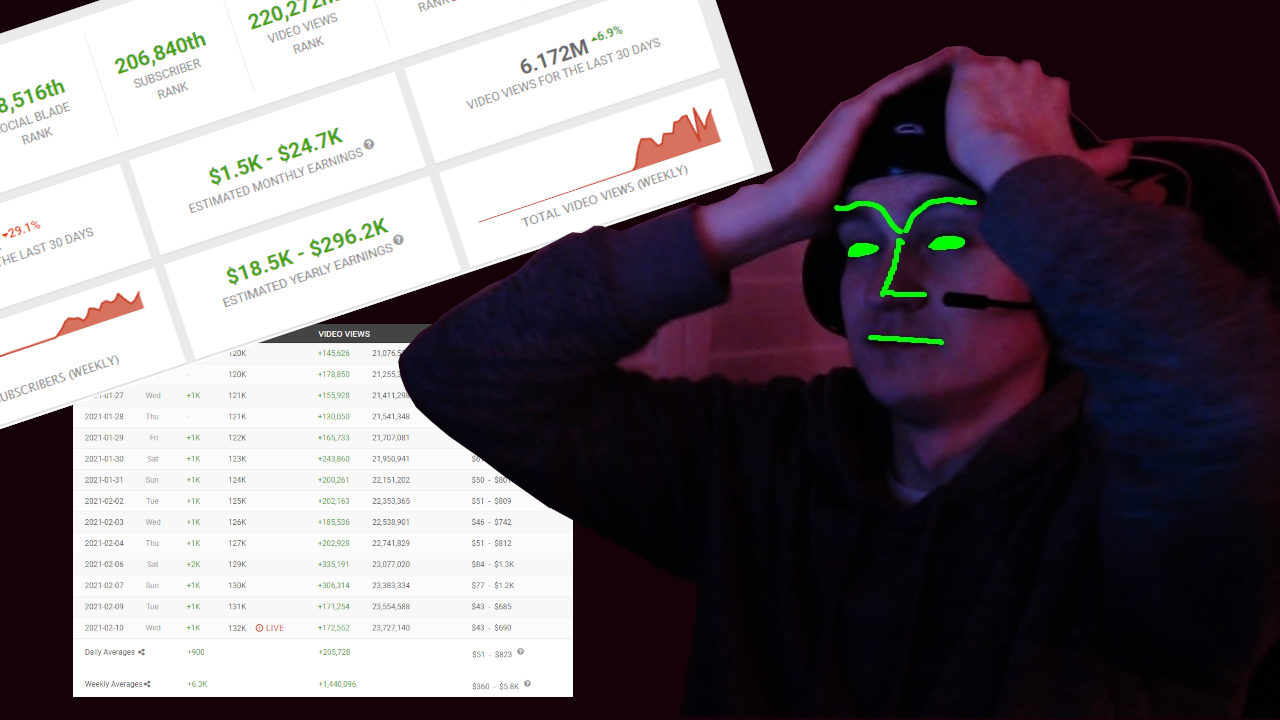 In today’s lesson, we are going to explore different ways to detect bot activity in the YouTube Community.

I will go over a few simple techniques you can use in order to flag a channel for engaging in manipulative and unnatural activity in the form of faking social stats such as views, subs, likes and comments on YouTube.

Step 1: If you suspect foul play, use Benford’s Law

What is Benford’s Law?

Benford’s law is a data driven test that you can run, that if failed, raises a red flag for unnatural activity.

Step 2: Evaluate the distribution of the first digit of each item in the data set.

Step 3: Plot it on graph to see if it conforms to an inverse exponential curve.

What does it mean?

If the result doesn’t conform, the it fails the Benford test. In other words, it raises a red flag that requires further investigation into the authenticity of the data.

IMPORTANT: The result of the Benford test neither confirms nor denies unnatural activity with 100% certainty. However, it signals a requirement of further analysis of the authenticity of the data provided.

Let’s run the Benford test on RageQuit Bitt‘s channel. First, we are going to aggregate the amount of views he has on all of his videos.

Google Sheet of the data: https://docs.google.com/spreadsheets/d/15cLMolwYqo4qlcz_1CXtZFnoNmE27mMl2N13QpiQsfM/edit?usp=sharing

After collecting the data and plotting it, we can see that it has clearly failed the Benford’s test.

Specifically, we see unnatural activity in the 3-4 digit range and in the 8-9 digit range. 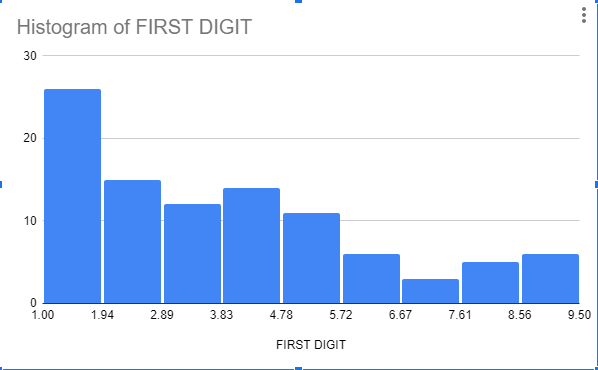 Because this data set has failed the Benford’s test, we now have our first red flag warning.

The next step to evaluating unnatural activity, is to take a close look at the quality of the content coming from the channel.

It’s extremely important to keep an objective view, and not a subjective biased view which can easily distort the truth.

One easy objective test to assess quality, is to take a look at the render quality of the content. Meaning, if the content is uploaded in 720p or 1080p, when similar channels of similar size upload renders in 2k, 4k, 5k and even 8k. That is another red flag that the quality of the content doesn’t meet the industry standard for a content creator of that specific size.

For our example, taking a look at RageQuit Bitt’s latest videos, they are uploaded in 720p. That’s way below the bare minimum of channels with similar stats who upload their content in at least 2K resolution in order to take advantage of YouTube’s vp09 codec.

This is our second red flag signaling a potential likelihood of bot activity.

This is the last step, because it’s the most subjective of the three. Different people will have different definitions of “natural” growth. It’s up to you to decide for yourself whether you believe the channel’s growth is natural or not.

While it’s true that there are YouTuber’s out there that seemingly pop out of nowhere overnight, it’s safe to assume that a sudden spike in growth that comes out of the blue is yet another red flag of unnatural activity.

The easiest way to quickly check a channel’s growth rate, is by using the youtube stats analytics tool called SocialBlade.

This would be our third red flag raised for an account engaging in unnatural activity.

I’ve just described to you 3 simple red flag tests which you can run on ANY channel you suspect of engaging in foul play.

While it’s important to note that these are not definitive tests. They do provide important feedback that can be used to decide whether a closer look should be taken at the YouTube channels’ activity.

If a channel fails all the above mentioned tests, in my opinion it’s safe to hit that Report button, selecting spam and scams from the radio select options, marking every video on that channel, and briefly explaining your logic when it comes to your report.

There’s no doubt in my mind, this would be a huge service both for YouTube as a company and the community you love so much.