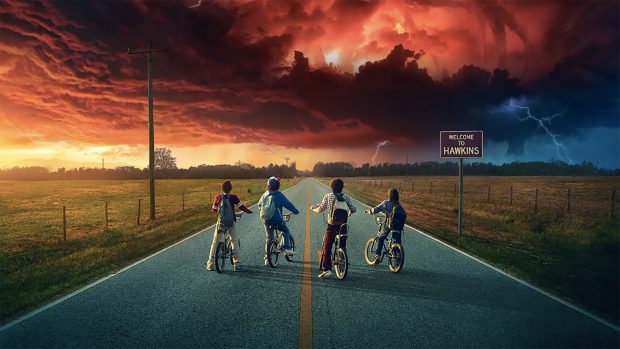 In a somewhat surprising turn of events, Netflix is preparing to embrace virtual reality. Or that is one of the possible outcomes, at least. The company may open up season three of Stranger Things to the VR ecosystem. If this comes true, they may even film the entire season in virtual reality. Certainly an option worth exploring, even though demand for this content may be a lot lower than people think.

It is evident there is a growing demand for virtual reality content of all kinds. Rather than just games and apps, we need more long-form content to fill the gap. Otherwise, VR headsets will always remain a niche product with little to no appeal for most mainstream consumers. Then again, mobile headsets are somewhat popular right now, with the Samsung Gear VR destroying the competition in this regard.

As a result, it isn’t a big surprise to see a Netflix potentially jump on the VR bandwagon. The company is always looking to improve its market position and do something competitors can’t. Filming an entire season of their in-house series Stranger Things in virtual reality would certainly be interesting. Especially when considering how this technology gained some traction in the period this show is depicted in. Moreover, Netflix has the budget to experiment in this regard.

None of this has been officially confirmed by the company, though. It is true Netflix is keeping tabs on VR content in general. There will be some experiments with this new form of media, although it remains to be seen whether or not Stranger Things season 3 will be part of it. The big question is whether or not customers will enjoy this addition or even use it. Most people would like to see a bigger focus on 4K and HDR content rather than VR solutions.

This is the big elephant in the room that needs to be addressed. VR content is in high demand, but the virtual reality industry is incredibly small right now. It is hard to gauge proper demand with so few variables, but Netflix thinks there is an interesting future ahead. Taking VR mainstream will require some major improvements. Getting this particular company on board may be the trigger effect so many people have been waiting for.