Algorithmic Stablecoins Are Having a Rough Year

by Will Izuchukwu
in News
Reading Time: 3 mins read
0 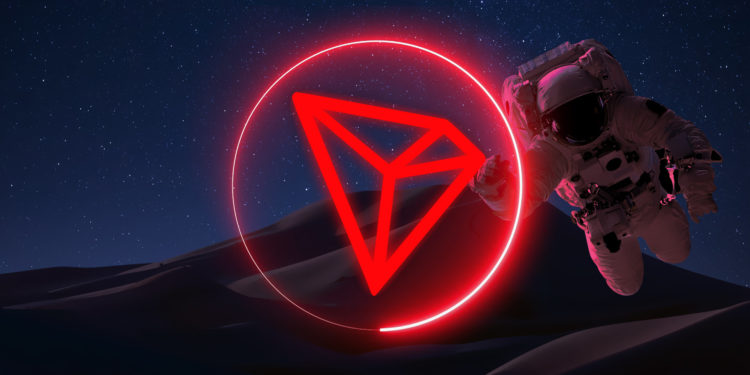 Another algorithmic stablecoin appears to be in danger of losing its peg following the UST-Terra debacle. Investors are also currently in fear of having to face the same fate as Terra’s UST historical fall.

USDD is a stablecoin that runs on TRON’s blockchain and has a similar algorithm to UST but is tethered to TRX. Similar to Terra Luna’s mechanism, USDD is an algorithmic stablecoin maintaining its dollar parity by burning TRX.

At the time of writing, the stablecoin is trading at $0.95, which is about 5% below its target price peg of $1. This comes when TRX’s price is also suffering from the crisis, as it is plummeting.

The altcoin is currently trading at $0.050, recording over 80% loss from its high of $0.09. This, however, may not absolutely be attributed to the Stablecoin de-pegging crisis cause the general cryptocurrency market is down at the moment. Bitcoin has fallen to $20,100 levels, with a market cap of $405 Billion.

Despite this, the founder of TRON, Justin Sun, is optimistic and believes the peg will be restored within the next 24 hours.

The TRON DAO will deploy funds to safeguard TRX from the funding rate of shorting it on Binance, according to Justin Sun, founder of TRON and now Permanent Representative of Grenada to the World Trade Organization (WTO).

To safeguard the overall blockchain industry and crypto market, TRON DAO Reserve will withdraw 2.5 billion #TRX out of binance.

Because of the financing rate, TRON DAO will be spending $2.5 billion to fight short positions on Binance, according to Justin Sun. He also stated that TRON DAO’s reserve had received 700 million USDC in injections to defend the USDD peg.

700 million USDC has been injected into @trondaoreserve for #USDD peg. Well done! https://t.co/r11PnBte4g

The TRON DAO Reserve intends to use the $2.5 billion to acquire large amounts of TRX. Thereby compelling individuals who are short TRX to buy back the underlying TRX tokens.

However, after all this strategy to bring the situation under control, the stablecoin is still trading below its $1 peg.

Investors are already in panic mode as many are speculating that the same fate which Luna’s UST saw months ago will soon meet TRON’s USDD.

There’s been quite some commotion, especially after Justin Sun tweeted the same phrase as Do Kwon during the crisis.

Many people are deliberating whether it was a touch of sarcasm or not.

Luckily, USDD has regained most of its peg, currently trading at $0.9789. It seems that, for now, USDD has avoided a catastrophic death spiral the likes of UST. At the time of writing, USDD investors are safe.