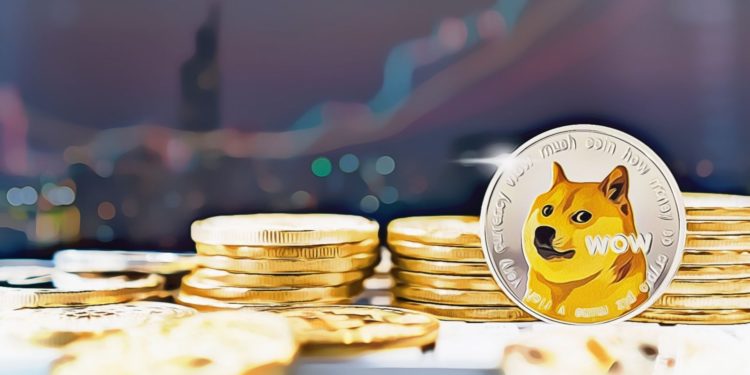 The Cryptocurrency Markets showed signs of life this week, as the flagship cryptocurrency, Bitcoin, moved over its sluggish $19k support zone into higher levels of $20k, even hitting over $21k.

Most altcoins followed the trend, with the second-largest Cryptocurrency by market capitalization, Ethereum leading the pack.

Ethereum showed a quick price increase above the $1,500 mark due to heightened bullish momentum as Google announced plans to launch a cloud-based node engine service for Ethereum developers and projects. With the latest launch dubbed “Blockchain Node Engine,” users will no longer have to trouble themselves with the requirement to maintain or watch over their nodes. The service will have Google actively watching the nodes, and it will restart them if anything goes wrong or it goes offline.

Some of the notable price increases we saw once the market recovered were from the two top meme cryptocurrencies, Dogecoin and Shiba Inu. After last year’s massive bullish run from the two memecoins that recorded thousands of profits, it seemed that the trend around memecoins died down, but one can’t conclusively say this as many other sectors of the cryptocurrency market at large saw a massive price decline as well.

Let’s examine why the two top meme coins aren’t out of the game yet and why they may be ready for the next bull run whenever it kicks off. You may need to add them back to your watchlist.

Dogecoin, No Longer a Memecoin

On the heels of Ethereum’s own breakout over the past few days, Dogecoin increased above $0.072 for the first time in the last ten weeks. Data from Santiment shows that both $DOGE whale transactions and trading volume increased to levels last seen in August.

🐶 #Dogecoin rose above $0.072 for the first time in 10 weeks on the tail end of #Ethereum's own breakout the past couple days. Both $DOGE whale transactions & trading volume spiked to August levels. Markets generally polarize when #memecoins decouple. https://t.co/9kf2EZz9va pic.twitter.com/nSIAfN7by9

Additionally, adoption is a great tool to preserve any idea or concept, and that’s what even thrives the larger part of the Crypto and Blockchain tech industry.

With the vast adoption of Dogecoin, one can confidently say that it’s clearly no longer a memecoin, particularly from the undying support the project gets from Billionaire Elon Musk, The CEO of the Popular Electric Car Tesla.

The recent Dogecoin price spike is widely attributed to the soon-concluded twitter acquisition by Elon Musk. This is also because of the rumors about a possible Twitter Cryptocurrency Wallet product.

Shiba Inu isn’t left out of the show either, as the memecoin staged a dramatic price pump as well. Notably, together with many other cryptocurrency market tokens, Shiba Inu’s native token, $SHIB, also recorded an over 10% increase as the price hit $0.00001185.

According to data from the Shiba Inu Burn Tracker, SHIB Burn, the Shiba Inu team has kept burning its token. Within the previous 24 hours, the team has burned about 14.07 million tokens.

The amount might look small compared to the massive total supply, but these little burns will show its impact once the bull market sets in. Lastly, the Shiba Inu token recently got listed on the cryptocurrency exchange, Bitsmap, further exposing the asset to USA investors as well.