$BTC and $ETH Likely to Test Support This Weekend 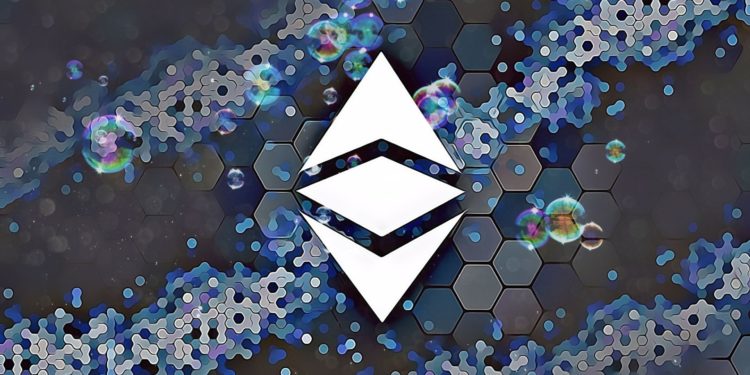 Bitcoin and Ethereum prices are slightly declining this Friday as BTC is testing support at $23k while ETH is holding above $1.8k. The global cryptocurrency market cap is at $1.13 trillion, down 2.53% in the past 24 hours. The trading volume for BTC and ETH shows a moderate decline over the past 24 hours, which is expected for weekend trading. Let’s look at some relevant cryptocurrency news that will affect markets this and next week.

The leading asset management platform globally is continuing its expansion in the crypto space, announcing in a blog post on Thursday that it’s launching a bitcoin trust for its institutional clients in the U.S. This will provide direct exposure for billions in assets to Bitcoin, which could catapult the cryptocurrency to new heights.

According to BlackRock’s official announcement:

“Despite the steep downturn in the digital asset market, we are still seeing substantial interest from some institutional clients in how to efficiently and cost-effectively access these assets using our technology and product capabilities.”

The company announced a partnership with Coinbase last week, which caused the cryptocurrency exchange’s shares to soar by over 30%. It’s refreshing to see companies dive into crypto despite the bear market, signaling a potential reversal could be in the books in the next several months as inflation calms down and global economies recover.

It seems Bitfinex can’t avoid troubles with the government as, according to a denial of a FOIA request submitted by a Twitter user, the government might be in legal proceedings with the exchange.

Looks like #Bitfinex is in legal proceedings in the US – the DOJ denied my FOIA request on grounds of Section b(7)(A) aimed at preventing pretrial publicity that could impair a court proceeding@Bitfinexed @Frances_Coppola @realPaulSantos @CasPiancey @BennettTomlin @vhranger pic.twitter.com/NMZJuXZypq

According to the documents, FOIA regarding Bitfinex has been denied because it could impede ongoing court proceedings.

This isn’t the first time that Bitfinex has been in trouble with authorities. Notably, in 2021 the Attorney Genera’s Office suspended all activity for the exchange in New York after it found that the company misrepresented its reserves for Tether and moved assets between its sister companies to cover massive losses.

In more positive news, July’s CPI data provided much-needed hope for investors eagerly awaiting the reversal of the bear market. Released on August 10th, July’s CPI data showed a net-zero increase in consumer goods and prices for the first time this year. We even saw a substantial decline upwards of 7% in gas prices.

The Fed’s monetary policy seems to have been paying off, and the favorable CPI data released last week could cause the Federal Reserve to slow down their interest rate hikes to provide some slack to the economy and the stock markets to recover.

While today cryptocurrency markets are showing a slight retracement, it’s expected as markets usually lose momentum over the weekend as traders step to the sidelines.

We’re likely to see a slight further drop in Bitcoin and Ethereum prices are the crypto assets attempt to test the newly-established support.

The good news is that the markets are starting to recover and break their monthly highs. While it’s too early to tell whether the bear market is aiming for a reversal, the outstanding performance of Ethereum and Bitcoin over the past several weeks could create a snowball that could turn into a bull run at the end of the year.

Disclosure: This is not trading or investment advice. Always do your research before buying any cryptocurrency or investing in any Metaverse crypto coins.