Livepeer price is up over 54% today making it the biggest gainer on Crypto.com, followed by Loopring (+32.63%) and Basic Attention Token (+31.93%). With the recent price hike, the crypto also set a new all time high of $61. Let’s take a closer look at Livepeer and its LPT token and see what all the hype is about.

Launched in 2017, Livepeer is the first decentralized live video streaming network that allows users to transcode video using their GPUs in exchange for ETH and LPT rewards. LPT is the Proof-of-Stake ERC20 token that governs the Livepeer network.

According to their whitepaper:

“Users who would like to transcode video can submit a job to the network at a price they determine to be acceptable, be assigned a transcoder, have the video transcoding performed with economically secured guarantees of accuracy.”

Along with GPU mining, one can also stake LPT tokens to receive a reward. At the time of writing, there are 12M LPT staked with over $233k in fees paid out.

My personal favorite feature about Livepeer is the streaming platform. Anyone can start streaming on Livepeer in minutes and I was able to get a stream going via Streamlabs OBS with no issues. 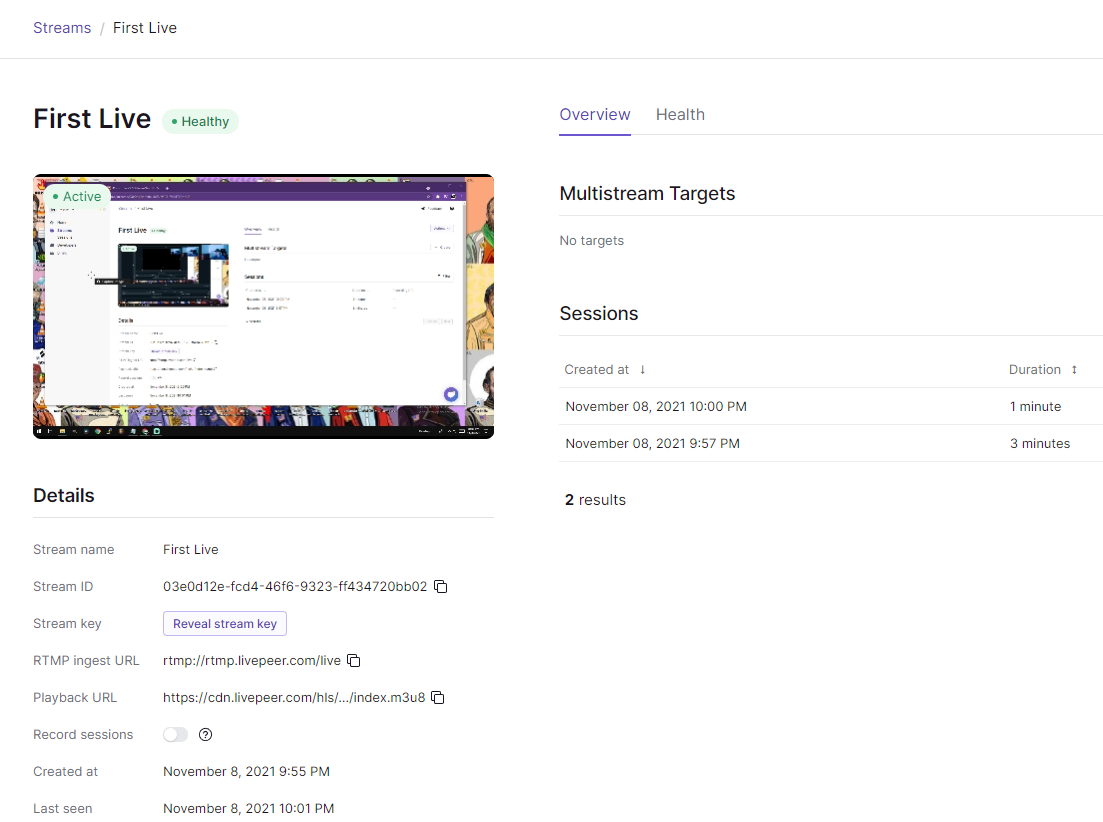 Keep in mind when you do go live, there’s no directory or chat like YouTube or Twitch. The streaming option is more useful for broadcasters who are concerned about the cost of transcoding their video. Through their blockchain technology, Livepeer is able to reduce the price for transcoding live streams which means big saving for broadcasters.

Why Is Livepeer Price Rising?

The recent company acquisition is a sign that Livepeer’s product and ecosystem is maturing. Moreover, LPT’s bearish market began reversing a few days after the announcement. LPT has been gaining momentum ever since.

In other news, Livepeer announced on twitter earlier today that they will be attending ETHGlobal’s Web3 Jam this Friday.

Join us for the Web3 Jam! Starting this Friday. https://t.co/YMABR9t65j

For example, we saw Rarible’s price increase 18% when the team announced NFT.LDN. Another example is Chia Network gaining over 35% as team announced Financial Innovation Summit attendance.

While there might not be any direct correlation between a conference attendance and price fluctuations, investors’ confidence levels rise drastically when they are able to see and interact with a project’s team in person.

While there’s no direct mention of LPT, it’s clear that Livepeer’s tech aims to disrupt Web 2.0 live streaming economies and replace them with more transparent, censorship-resistant, and most importantly user owned platforms.

At the time of writing Livepeer is ranked as the top 100th cryptocurrency based on market cap. LPT’s total market cap is $1.2B with a 24 hour trading volume of $400M.

Livepeer’s circulating supply is 21.1M, with a total supply of 22.8M. This means that a relatively small amount of tokens are locked up, which is surprising considering the recent astronomical price gains that LPT has shown.

Overall, Livepeer looks like a solid project with a working product. Currently ranking as the top 100th cryptocurrency based on market cap, it wouldn’t be too unreasonable for LPT to double in price by EOY.

This isn’t trading or investment advice. Always do your own research.