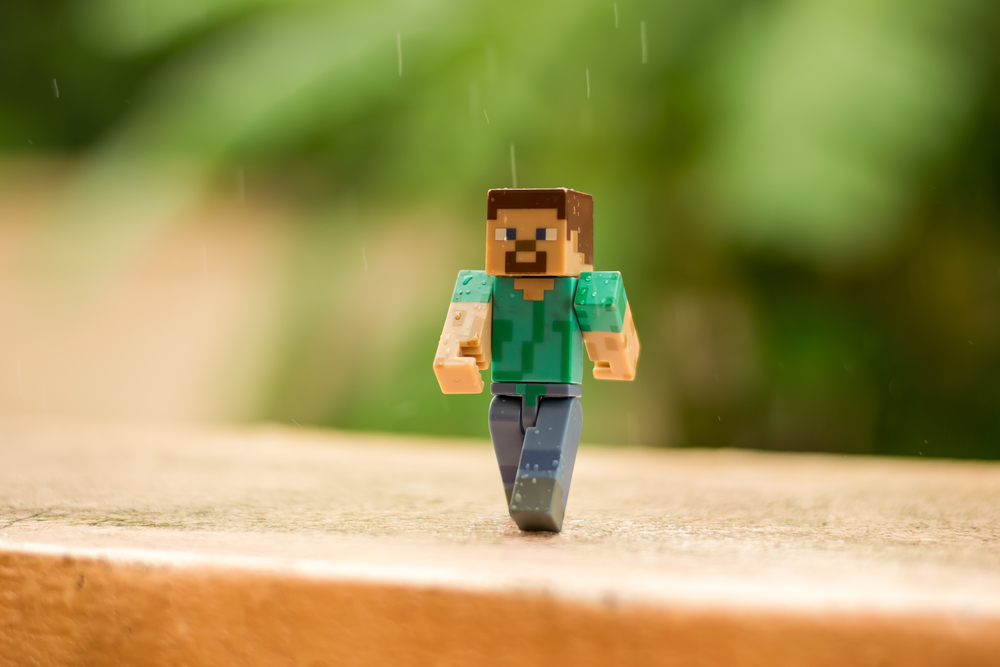 According to the Association for Computing Machinery, humans blink about 10 percent of the time under normal circumstances, about 10 to 20 times per minute and once every 4 to 19 seconds. If the amount of time the human eye spends on a daily basis blinking is combined, it can become substantially large.

For virtual reality (VR) software and hardware developers, especially apps and games like Minecraft and the Ethereum blockchain protocol-based virtual reality platform Decentraland, that require users to explore a terrain and quite literally, a new virtual reality, it is often the priority of developers to provide a seamless experience within the virtual world.

Players of the VR-compatible Minecraft should not have to wait for the surrounded image to buffer whilst turning around and exploring the terrain because it significantly limits the game experience and reduces the realistic image of the game itself. A similar concept applies to other virtual worlds like Decentraland; there can be a trade-off between in-game experience and VR, but it has to be limited to a point in which the difference is not hugely noticeable.

A team of researchers led by Eike Langbehn, a doctoral candidate at the University of Hamburg, have found a method of improving VR images and allowing resource-demanding apps like Minecraft and Decentraland to seem more realistic.

By leveraging the frequent eye blinks of humans, Langhen and his team of researchers found a method of autonomously adjusting the vision of the VR user whilst the eyelids are closed, so that users no longer have to manually adjust their position and eye movement to explore the virtual world.

The autonomous readjustment of eye position and vision by using the period in which the human eye remains closed naturally led researchers to create a more realistic virtual reality experience for apps that need users to walk around and explore a terrain or an environment as a part of the game or app experience.

“Previous RDW [redirected walking] techniques apply rotations continuously while the user is walking. But the amount of unnoticeable rotations is limited. That’s why an orthogonal approach is needed—we add some additional rotations when the user is not focused on the visuals. When we learned that humans are functionally blind for some time due to blinks, we thought, ‘Why don’t we do the redirection during eye blinks?'”

Autonomous and unnoticeable 2 to 5 degrees camera rotations, which translate to 4 to 9 centimeter of the user’s viewpoint, have been made possible through RDW and eye blink-leveraged technology developed by Langbehn’s team. By using an eye tracker in a VR head-mounted display, the VR headset tracks the eye movement and blinks of the user, autonomously rotating to adjust to the vision of the user.

“RDW is a big challenge since current techniques still need too much space to enable unlimited walking in VR. Our work might contribute to a reduction of space since we found out that unnoticeable rotations of up to five degrees are possible during blinks. This means we can improve the performance of RDW by approximately 50 percent,” said Langbehn.