NKN price is up over 37% today making it the biggest gainer on Crypto.com followed by UMA (+34%) and Boson Protocol (+16%). Let’s take a closer look at NKN and see what all the hype is about.

NKN is a brand new type of a Peer-to-Peer network protocol and ecosystem powered by its own public blockchain. NKN’s network allows for the sharing of network bandwidth and Internet connectivity via a P2P model.

The selling point of NKN is its revolutionary P2P network which essentially allows users to sell their internet connection in return for NKN tokens.

Currently, there are over 96 thousand NKN nodes running all over the world. Moreover, NKN works without the direct use of an IP address which ensures privacy and security both for the host and the user.

To clear up some confusion, there are two versions of NKN tokens. There’s the ERC20 version and the NKN mainnet version. You can easily swap between the two version, one is utilized for trading and the other is used to access the NKN network.

Why Is NKN Price Rising?

Looking at the Alexa stats of their website we can see a recent uptick in visitors, which is probably the reason for the slow loading.

The real question is, what’s causing the hype around NKN? The most recent news we have is NKN’s monthly report for October 2021 that was release on November 5th.

In the report, it states that

In my opinion, the biggest driver for NKN is the Coinbase Pro listing along with the vastness of the current NKN blockchain network. 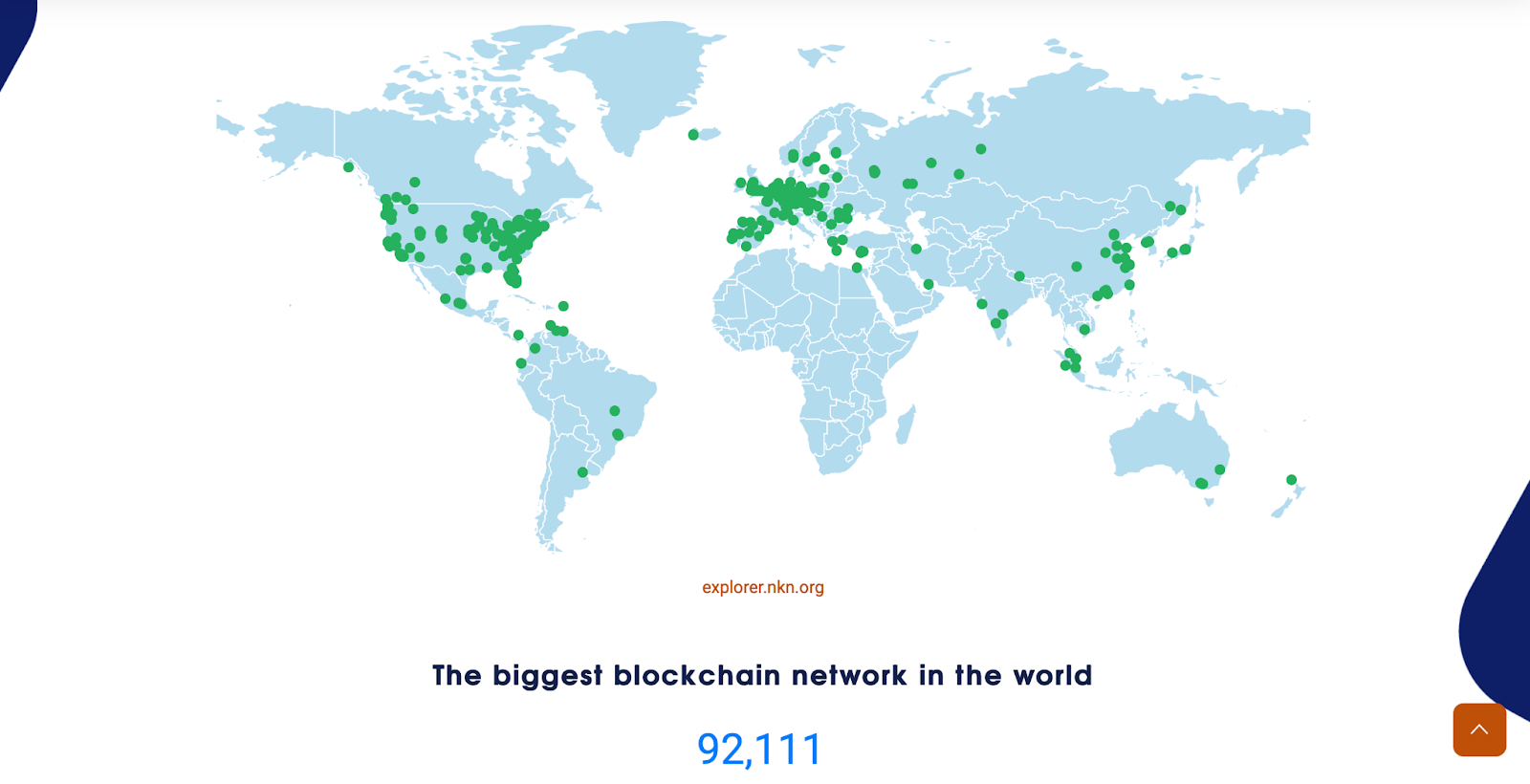 Dubbed “the biggest blockchain network in the world” NKN has a huge amount of community support which shows through its increasing price and market cap.

Looking on CoinGecko, most of the trading volume for NKN is coming from the Coinbase Exchange and Binance. Those are both extremely reputable exchanges, which means NKN has been thoroughly vetted.

The long term outlook of NKN is extremely positive and in my opinion a market cap of $750M to $1B by EOY is not unreasonable for this project.

As always this is not trading / investment advice. Always do your own research before buying any cryptocurrency.