Remember when Squid Game Token executed a “rug pull” and crashed the price to $0? Well the drama is not over yet, investors are buying back in again – just like in the show!

Squid Game Price Back Up

Just like in Netflix’s Squid Game when participants returned back for a second time, knowing all the risks involved but wanted a chance at the prize anyway; Investors are buying up $SQUID on PancakeSwap once again, surging its price over 400% in the past 24 hours.

According to CoinMarketCap, where the statistics for $SQUID are still up, Squid Game Price is currently at $0.01942 with a market cap of over $12 million.

Why Is Squid Game Price Rising?

Jokes aside, what could be the reason for $SQUID’s recent price surge? While we can only speculate, as suggested by u/xxapplej4ckx on reddit:

“It could be the devs buying back in hoping people fomo into so they can dump it again.”

It wouldn’t be the first time that devs tried to maximize on their profits by luring unsuspecting investors to buy in a second time.

Taking a closer look at the Squid Game contract address on bscscan, we can see that the actual amount of trades done in the past 24 hours is roughly 125.

In my opinion, 125 trades in 24 hours isn’t very significant in terms of liquidity. As such, potential investors should keep in mind that when it comes time to sell your $SQUID you might have an issue.

Moreover, $SQUID currently has under 1000 total holders which further shows that the funds aren’t thoroughly distributed. 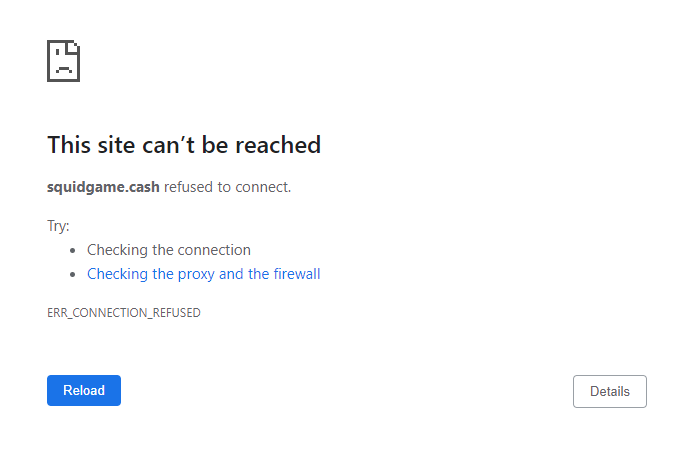 Last but not least, the official Squid Game Token website is still down with no message, signaling that most likely the developers are not coming back.