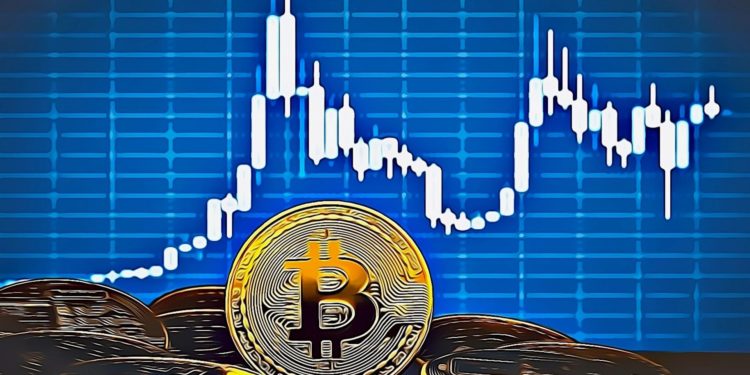 Bitcoin and Ethereum are showing signs of life today as trading volume for both crypto assets increases significantly. These two digital currencies were flat over the weekend and showed little price movement. Bitcoin is currently trading at $19k, up 1% over the last 24 hours, with a $40.2 billion 24-hour trade volume, up more than 77% today. Ethereum, in contrast, is currently trading at $1,300, up 1.5% over the last day, with a $15 billion, 50% higher 24-hour trading volume. Let’s take a look at any notable Bitcoin and Ethereum news this week that might have an impact on their pricing.

In spite of this year’s severe bear market, the phrase “1 BTC = 1 BTC” has become popular on social media in relation to Bitcoin. The concept pertains to the notion that since Bitcoin has a limited quantity of 21 million tokens, it is a cryptocurrency that is intrinsically resistant to inflation.

Suppose the supply of Bitcoin more than doubled in just two years. It’s doubtful that BTC will ever recover from such a high inflation rate, which would significantly increase the bearish momentum in the market.

Speaking of the Federal Reserve, a story from the New York Times claims that the Fed looks to be more confident than certain investors regarding the US economy soon rebounding. Keeping a robust economy in mind, the Fed seeks to lower inflation gently. It is unclear if that will actually occur. One thing is for certain, though: Every week, when the Federal Reserve votes to hike interest rates, it considerably lowers stock prices as investors struggle with uncertainty.

Although the Merge for Ethereum was successful, the cryptocurrency’s price fell from a high of $1,700 before the merge to a low of $1,200 following it.

In a recent conversation with Wired, Vitalik Buterin discussed Ethereum and the Merge. The creator of Ethereum responded to a question about his assessment of the Merge:

“I’m definitely happy and definitely relieved. This is a transition that the whole Ethereum community has been working towards for the last eight years.”

He went on to say that he had always anticipated a bear market and wished the cryptocurrency sector had developed to a point where it could handle the volume of media attention it received during the bubble in 2020–2021. He explained that the market would have fared better if the merge had occurred two years earlier.

While, as they say, the labor still hasn’t paid off in terms of Ethereum’s price. The Merge was a big success that will eventually be advantageous to the crypto asset.

At the same time, there was considerable ambiguity over regulation, more specifically the SEC, as a result of the Ethereum network merger. The SEC asserts that Ethereum is now classified as a security since it uses proof of stake and more than half of the validators are located in the US.

Although a breakthrough is inevitable for Ripple, the potential or price of Ethereum won’t be favorable in the long run if it engages in litigation with the SEC and a situation similar to XRP’s.

Being a global crypto asset like Ethereum, there is clearly outrage in the community over the SEC’s most recent pronouncements. No matter where the validators are located, transactions are started by people and companies worldwide.

The price of Ethereum is currently hovering above $1,300, despite the SEC’s position on the cryptocurrency. The $1,400–$1,500 region is where we’re most likely to see ETH this week as it attempts to establish new support.

Top 5 Metaverse Crypto Coins Gaining the Most Price This Week