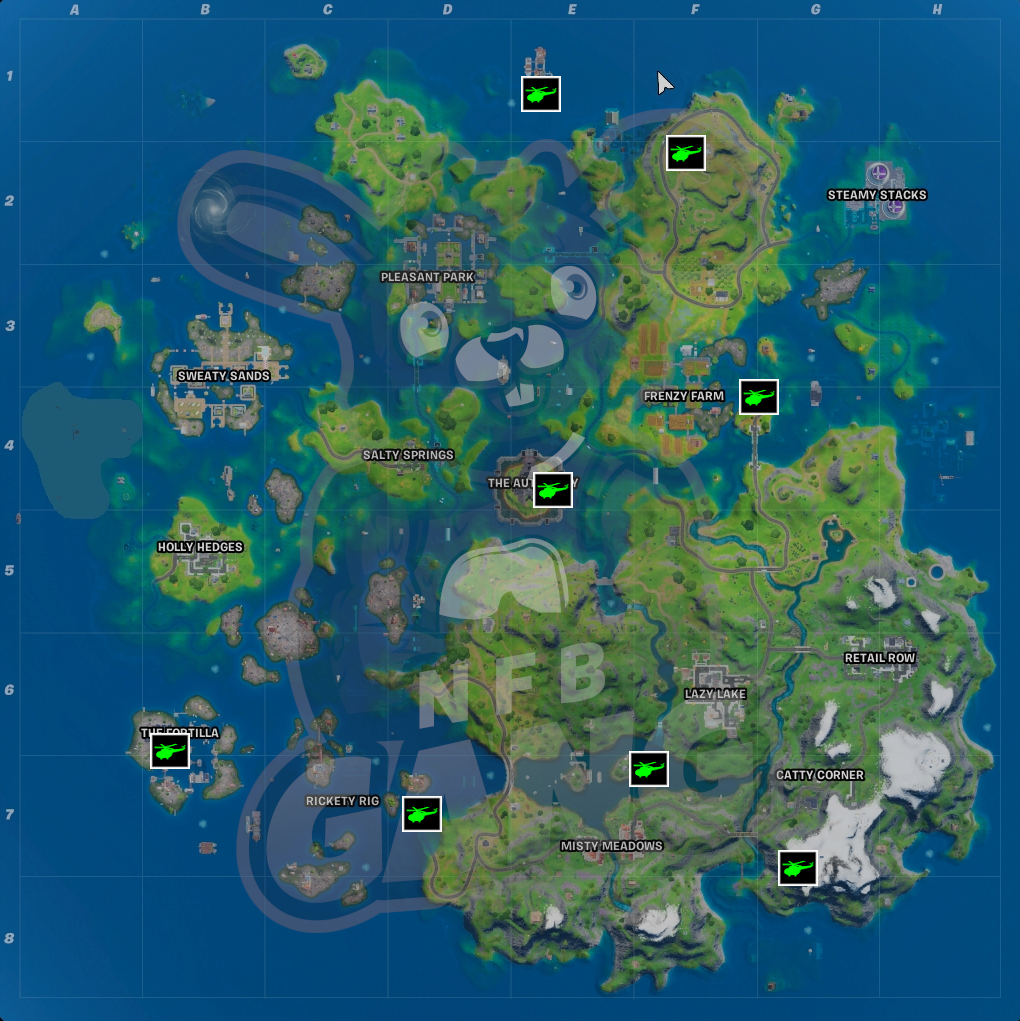 With the new Fortnite season released a few days ago, a massive amount of new content was introduced into the Battle Royale mode. Along with the addition of quite a few new weapons, a map update switched up the layout of most previous locations.

While some POIs such as Lazy Lake, Retail Row, Holly Hedges and Salty Springs remained mostly untouched, most other locations were updated. Not only is the first level of most POIs became flooded, but the locations of Choppers and Boats was changed significantly.

In addition, Epic decided to keep helicopters in the competitive Arena mode, which left players questioning where the new choppa locations are? Look no further, as the map below contains all 7 helicopter locations for the new Season 3 map.

The eight helicopter locations for Chapter 2 Season 3 are:

One thing that surprised me is the fact that there aren’t any choppers located on the northern west side of the map. We can only speculate if / when the water level of the map decreases, chopper spawns will increase.

Check out the video below that shows exactly where each helicopter spawns:

Virtual Reality can Lead to better UI and UX Design