While BTC Remains Above $20K, Ethereum Outperforms Bitcoin, Increases Above $1,600 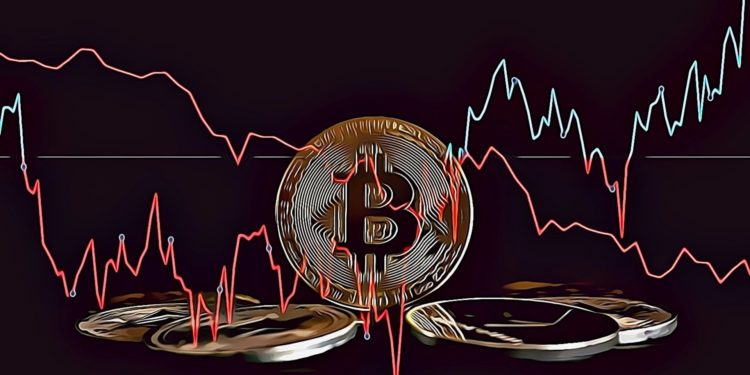 Bitcoin found stability this Friday after yesterday’s slide below the $20k level. On the other hand, Ethereum has continued to beat Bitcoin in terms of price movement, climbing over $1,600 in the last day with a 4% gain. The main factor for Ethereum’s successful week is the impending network merging for ETH, which is drawing closer.

This month, all eyes are on Ether due to the upcoming network merge, which will take place in a few weeks. It’s anticipated to be a significant turning point for the network. With Ethereum being the largest proof-of-stake network, traders will have plenty of chances to profit from a potential bull run that is anticipated to happen in Q4 2022.

Furthermore, while Bitcoin’s market valuation has remained unchanged, Ethereum’s has been rising steadily. A few weeks ago, Ether’s market cap eclipsed that of Bitcoin. If the price behavior of Ethereum continues to outpace that of Bitcoin, the market capitalization of ETHUSD may surpass that of BTCUSD as early as next year. On an occasion known as “The Flippening,” Bitcoin would be overthrown for the first time.

This week’s main Bitcoin-related story has to do with Michael Saylor’s legal issues, as he is being accused of tax fraud. One of the most well-known Bitcoin supporters, Michael Saylor, lost almost $1.3 billion in value in this year’s Bitcoin crash, and the tax fraud claims aren’t doing him any favors.

Even though Saylor is having one of his worst years in 2022, he and his business, MicroStrategy, will eventually bounce back from the disasters.

Technical indications like trading volume, which show no change in the 24-hour volume this Friday for Bitcoin and Ethereum, indicate that the market will continue to move sideways over the weekend. Additionally, the current level of alternative.me’s cryptocurrency fear and greed index is at 25, which is still relatively high but less extreme than yesterday, when it dropped as low as 20.

Some altcoins are still squeezing out reasonable gains despite the dull bitcoin movement, with UniLend’s UFT hitting over 100% profit from $0.1600 to $0.3940. $PHB also recorded 100% profits a few days ago.

Even while the general market sentiment is dull, the downward pressure seems to have subsided this Friday, and this weekend’s trading is anticipated to be relatively unchanged. The value of the global cryptocurrency market is likewise moving in a bullish direction towards the $1 Trillion mark, currently at $988.58 billion, up 2.08% over the last day.

Big Eyes Coin Could Give You 1000x Gain, Why Settle for 5x Gains from Ripple or Tron?