Beat Saber is one of the hottest VR games of 2018, releasing to consumers on May 1, 2018. Recently, I had the opportunity to play Beat Saber with the help of Reality Smash during the ChainXchange blockchain convention.

Perhaps the best way to describe Beat Saber is a virtual reality offering that combines the best of Guitar Hero, Fruit Ninja, and Dance Dance Revolution. Using dual-wielding lightsabers, players dance to different songs as they slide, duck, and slash past obstacles and blocks.

Like Guitar Hero, what stands out about Beat Saber is its ability to be fun, right off the bat. After a short tutorial, which explains the mechanics of the game- such as the timing and direction to slash incoming blocks- players are ready to go.

There are a number of techno songs to choose from to play, with difficulties ranging from beginner to expert. Blocks are color-coded to specify if they are to be slashed with the left or right arm and carry an arrow to signify which direction to slash in. Once players get a feel for things, they can compete against players worldwide. Scores are based on accuracy and consistency in gameplay.

The art style in this game is beautiful. Players feel like a Star Wars Jedi placed within a Tron style universe.

Most importantly, Beat Saber is just an all-around good time. Whether you have two left feet or are a professional dancer, the game will get you moving.

The major downside to Beat Saber is that the gameplay is relatively limited. There are several modes that switch up the experience somewhat, but you’re ultimately limited to the number of songs available, which at time of writing is not entirely extensive. Perhaps, if the game could implement a campaign and competitive head-to-head capabilities as seen in Guitar Hero, it’ll massively expand replayability.

Beat Saber is currently available in early access for PC, and will soon be released on PSVR. The game is priced at US$19.99. 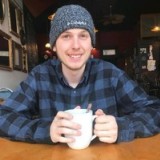